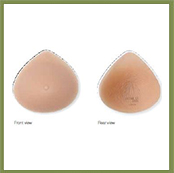 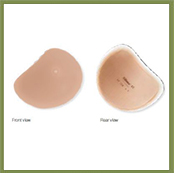 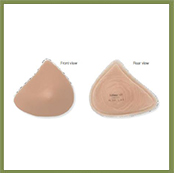 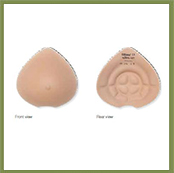 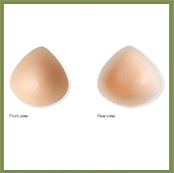 SILIMA Swim Form
The wide range of SILIMA swimwear offers something for everyone. The attractive styles are tailored to the specific needs of our patients. The swimsuits are extremely comfortable and guarantee reliably secure hold, when both sunbathing and swimming.
A perfectly natural appearance for active and athletic women. 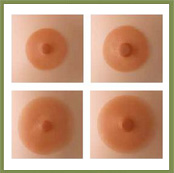 SILIMA Nipples
For a perfectly natural appearance
A completely natural and feminine appearance down to the last detail: self- adhesive SILIMA nipples make your SILIMA breast form look even more natural. It is impossible to see the difference, even when wearing semi- transparent clothing.

The extensive range of SILIMA nipples ensures individual adaptation to the natural nipple. For a perfectly natural- looking bust. Even after conservative or reconstructive breast surgery. The nipple can even be worn directly on the skin.

The development of SILIMA breast forms reflects current surgery methods and compensation requirements, resulting in a wide variety of forms and versions to ensure the best possible solution for your customers.

A less severe mastectomy removes the mammary tissue and some lymph nodes around the bust, while leaving the pectoral muscle and other lymph nodes. This procedure results in no, or only minimal, loss of underarm tissue. In this case, a SILIMA breast form without a prominent lateral extension is the best solution.

A modified radical mastectomy removes not just the mammary gland and fatty tissue, but also the lymph nodes, resulting in a noticeable loss of underarm tissue. A SILIMA breast form with extension, i.e. that tapers at the sides under the arms, provides the best fit in such instance. This holds especially true for women with a fuller figure. By contrast, a form without extension may be more suitable for slim women, even if they have suffered tissue loss down the side.